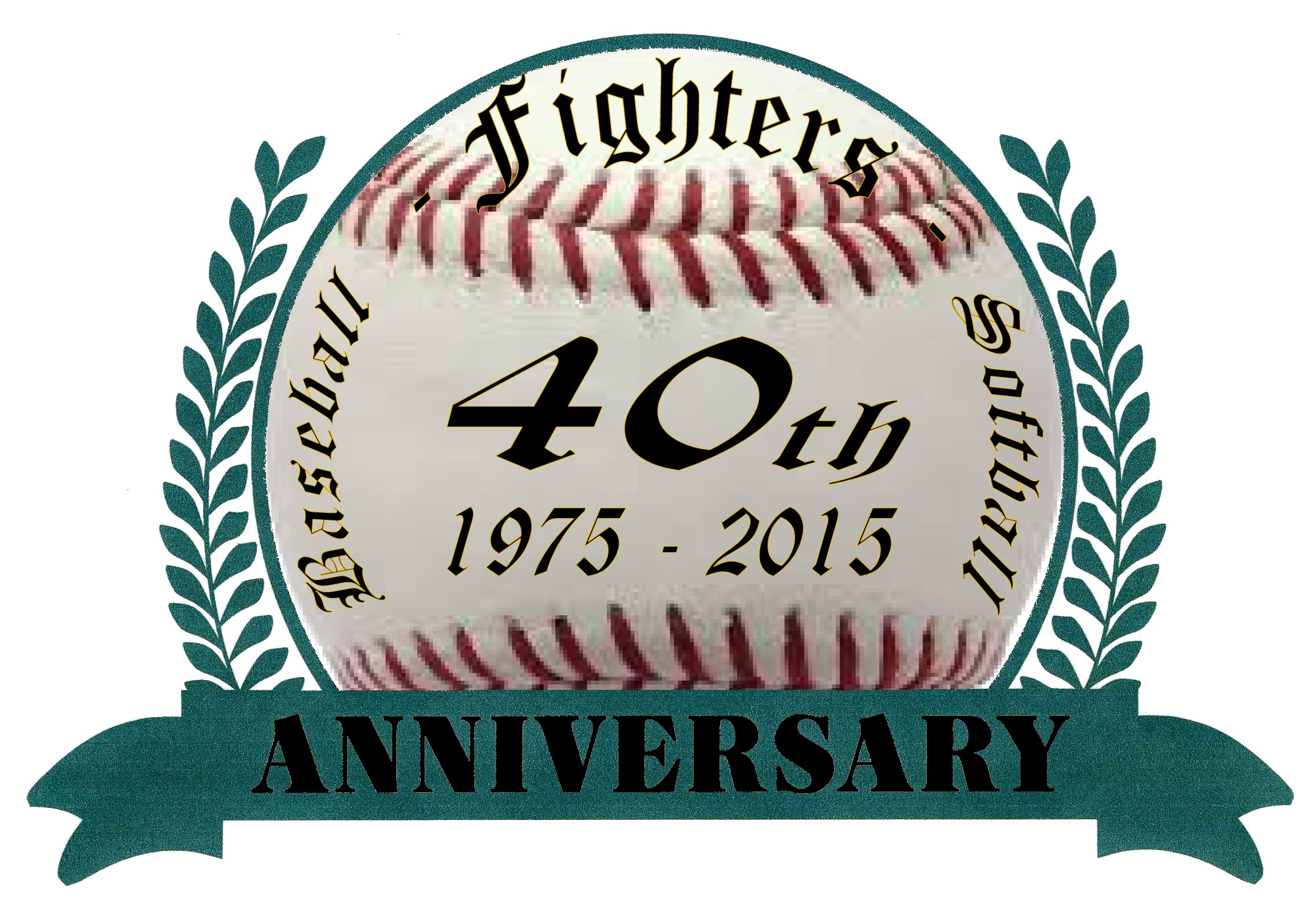 Fighters was officially founded in 1975 by a group of Japanese nationals. Before then the Japanese in Denmark got together once in a while to play some baseball, as this was very big in Japan and still is.
In 1970-1975 the Club consist of only Japanese nationals and was called Asahi (朝日, 旭, or あさひ) that means "morning sun" (Rising Sun) in Japanese. Asahi mainly played baseball against Japan Airlines and the US Embassy, however occasionally they could play against a Danish baseball team, which was starting to develop in the 1970ies.


From 1975 Asahi started to allow non-Japanese members in the Club, which was still governed in accordance to Japanese tradition. Due to the changes in the Club it was decided to change its name as Asahi was to difficult to say, which eventually became Fighters after a very close vote amongst the members. (Between Giants and Fighters)

The Danish baseball Softball Federation was founded in 1978, however their rules and regulations only allowed Danish teams and Fighters could not participate in the official Danish Championships of Baseball.

Fighters did participate in establish baseball and softball in Denmark together with Dansk Baseball Softball Forbund and clubs like Knights (Copenhagen), Munkene (Gentofte) and Hørsholm from 1978 and forward.

In 1980 a technical wording was changed in the rules and regulations and Asahi/Fighters was now allowed to participate in the official Danish Championships of Baseball.

Baseball in Denmark unfortunately saw its end in the late 1970ies and softball developed in Denmark for both men and women. The newly named Fighters therefore started to play softball, as this was the only existing alternative at the time.

Fighters, who has always been domiciled in Copenhagen, was playing in 1st division (the highest softball league for men at the time) up until baseball was re-established in Denmark in 1992. During the first few years of the new Danish baseball league Fighters began to focus more and more on baseball and gradually moved away from softball to finally not participating in the men’s softball league.

Fighters returned to playing baseball again around 1990 where the Club started their journeys around Europe to participate in foreign baseball tournaments.


In 1991 the Fighters decided that they wanted to re-establish the Danish Championships in Denmark from 1992. The dream came true in the summer of 1992, where the first official Danish Championship was held. We thank everybody who was involved for the time, effort and dedication shown to the Danish baseball dream.


Fighters, who at all times has been an international Club, wanted to be even more international and hence the Club added Copenhagen to its name which then became Copenhagen Fighters or also know as "Fighters Baseball Softball Club - Copenhagen", which still is the name of the Club today.


The City of Copenhagen chose to move the Copenhagen Fighters to Tingbjerg (the outer parts of Copenhagen), which meant a lot of work for the Club, as they also had the newly established tournament to handle. However, the new field gave the Club the opportunity of building a baseball field, which was greatly appreciated. (Today it is dismantled and we think they play Cricket there now.)

Today Copenhagen no longer provides fields to Fighters, Danish Softball and Baseball was split up in 2008 and Baseball in Denmark still has it’s up’s and downs.

In 2003 Fighters was Danish Champion for the 5th year in a row and participated in European Cups.

Due to missing Baseball in Denmark Fighters had to play in the southern Swedish league in order to play Baseball at all.

Today Copenhagen Fighters Baseball Softball Club – consist of old-boys players and members do no longer participate in running tournaments, though young players are active in other Teams.

If you want to establish a Baseball team in Denmark contact Danish Baseball Federation http://www.baseball.dk

We may even be able to help you !


Warning: Invalid argument supplied for foreach() in /var/www/fighters.dk/public_html/modules/mod_jw_srfr/tmpl/default/default.php on line 25